As a little test, we googled ‘illegal dumping’ followed by every country in Ireland and unsurprisingly, every local newspaper from every county had a plethora of stories about illegal dumping.

In Ireland today you will find a lot of “man with a van” type operations that will advertise to come and collect your rubbish, often for a fraction of what it would cost if you did it through a licensed operator or your nearest civic amenity site. There is a reason why these operations are so cheap – they take short cuts – usually in the form of illegal dumping.

These people will find secret places where they know there isn’t any CCTV and they will take your rubbish, and many others, and drive – often 50-100km to this spot to dump it. We have some great local authorities in Ireland and they will find this rubbish sooner or later. If you have anything with your address on or anything at all that identifies you – you will get a very hefty fine through your letter box. It’s happened a lot lately where the only way that the person can get a smaller fine is by telling the authorities who collected the rubbish in the first place.

Of course, this is illegal dumping on a large scale. It also happens all over the country on a smaller scale as well but don’t think that just because you’re only dumping one or two bags, that you’re not as bad as the people mentioned above. Too many people think it’s fine to dump a black sack of rubbish beside some recycling bins because your local authority will clean up after you. Don’t worry, that just makes them more enthusiastic about finding people like you.

If you want to dispose of rubbish, or get rid of your recycling, there are lost of legal options out there. If you only have a few bags of rubbish but don’t want to pay for a weekly bin collection, you should definitely try the BIGbin. It costs just €8 for two big black sacks of rubbish and just €2 for recycling. You may prefer to spend your money on a takeaway or a pint, but this way you’re in no danger of receiving a healthy fine.

This site uses cookies. By continuing to browse the site, you are agreeing to our use of cookies.

We may request cookies to be set on your device. We use cookies to let us know when you visit our websites, how you interact with us, to enrich your user experience, and to customize your relationship with our website.

Click on the different category headings to find out more. You can also change some of your preferences. Note that blocking some types of cookies may impact your experience on our websites and the services we are able to offer.

These cookies are strictly necessary to provide you with services available through our website and to use some of its features.

Because these cookies are strictly necessary to deliver the website, refuseing them will have impact how our site functions. You always can block or delete cookies by changing your browser settings and force blocking all cookies on this website. But this will always prompt you to accept/refuse cookies when revisiting our site.

We fully respect if you want to refuse cookies but to avoid asking you again and again kindly allow us to store a cookie for that. You are free to opt out any time or opt in for other cookies to get a better experience. If you refuse cookies we will remove all set cookies in our domain.

We provide you with a list of stored cookies on your computer in our domain so you can check what we stored. Due to security reasons we are not able to show or modify cookies from other domains. You can check these in your browser security settings.

These cookies collect information that is used either in aggregate form to help us understand how our website is being used or how effective our marketing campaigns are, or to help us customize our website and application for you in order to enhance your experience.

If you do not want that we track your visit to our site you can disable tracking in your browser here:

We also use different external services like Google Webfonts, Google Maps, and external Video providers. Since these providers may collect personal data like your IP address we allow you to block them here. Please be aware that this might heavily reduce the functionality and appearance of our site. Changes will take effect once you reload the page.

The following cookies are also needed - You can choose if you want to allow them: 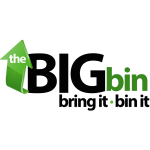 Simply provide your email address and number below and receive a FREE general waste voucher by email.